It is predicted using Weight Loss Statistics that ½ the UK population will be clinically obese within 20 years. Around 60% of adults and 20% of school children in the EU are overweight or obese. This represents a massive increase in the last decade and it is getting worse.

Being overweight or obese is having an excess ratio of body fat to body mass, commonly referred by BMI calculated (body mass index). A BMI of 25 is considered as healthy, whilst 25-30 is overweight and above 30 is classified as clinically obese.

Research in the USA has shown that around 40% of cancers are attributed to obesity, largely the result of excesses of processed foods, sugar being a prime culprit.

Obesity brings on ageing and abdominal obesity (referred to as “central obesity”) and is a precursor to heart failure, high blood pressure, raised cholesterol, stroke and sleep problems etc.,

Reducing your weight is never easy, most weight loss diets fail through lack of determination and poor self-management. An organised approach to weight loss is needed, one based on motivation, support and the correct balance of foods.

Over-eating is the prime aggressor of any weight loss programme and becoming overweight is caused by a conflicting situation of pleasure gained by eating more than necessary and only consuming what is required for energy on a daily basis.

Regardless of however forceful commercial advertising implies belief in its method, the only way weight loss can be effective is by habit change to a reduction of food intake. 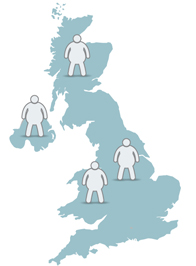